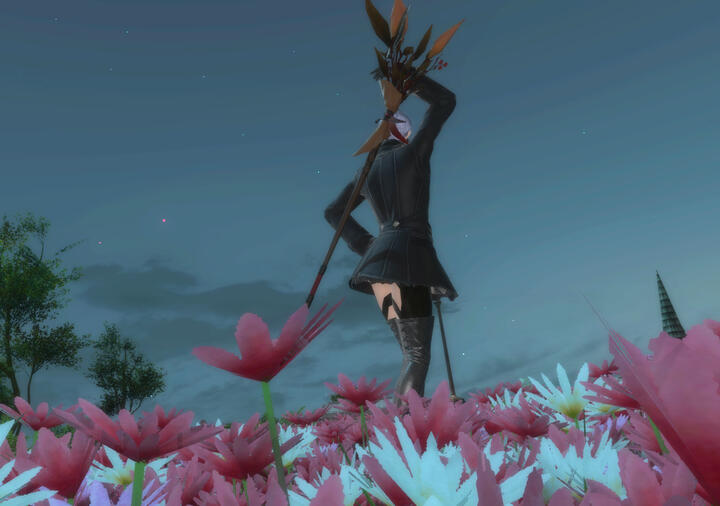 Akira, or Aki, was born to a simple family of fishers in Limsa, but left his home in in order to pursue an adventure away from his family. He’s the second oldest of four, with an older brother and two younger sisters.

Aki is taller than everyone in his family and the only one to have smaller ears. His siblings would tease him saying he was adopted or a bastard child. His natural ability for magic made his parents nervous but they tried their best to not stifle their son who always seemed to be a dreamer.

Once Aki discovered his abilities lied in the stars, he travelled to Ishgard to study astrology. He took to it naturally, though the more he learned the more unpredictable his abilities became. One day while practicing, a burst of stars came from his chest, leaving behind a star burst scar. From then, he’s tried to stay away from it, staying with conjuring and white magic until he’s certain he can control it.

He’s a traveling healer, going to where ever he is needed to offer what help he can. He's done everything from healing a broken bone to healing wounded soldiers at war.

At first he can seem shy, but opens up the more time he spends around people. He cares deeply for his friends, even if it means sacrificing some of his own well being. He’s always felt a little different than everyone else, so when someone decides to stick by him he’ll give them his all.

He's trusting, maybe too trusting. knows there are awful things in the world but rather think about the here and now since life can be taken so fast. Though with having to save everyone else's life, he sometimes believes that he doesn't get to want things. As long as he useful to others.

He has a hard time hiding his emotions when it comes to his facial features. May have resting bitch face. But really, he's just a big softie. But he is heavily driven by emotion, sometimes leading him straight into trouble and danger.

Loves flowers but with traveling he can never settle and grow them. So he either wears them in his hair or presses them into blank pages in his journal.

He enjoys pretty things, high heels and showing off his legs. Dancing also brings him lots joy, it makes him relax and loves to show off for his lovers.

He hasn't been involved with many people before besides a few stolen kisses, but is very curious about what it means to be with another man. Would prefer to be on the receiving end, but if a partner is patient could be persuaded to top. Prefers Elezen, Hyur, Miqo'te, and Au Ra as partners but happy to be friends with anyone of any race. 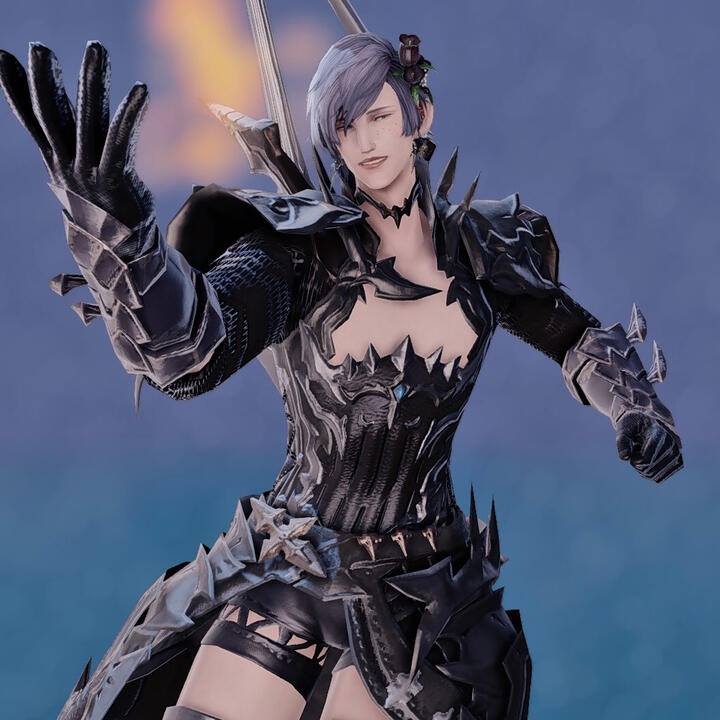 • Aki is still very much a work in progress! I'm building him up more and more everyday
• 18+ plus is a must!
• I also enjoy having Rps in paragraph form! They don't have to be novels, as long as they just help things move along in somewhat.
• I do prefer dark themes! I feel like they are more fun, but it needs to make sense still.
• I’ve mainly done romantic roleplays before. That doesn’t have to be the only aspect though. I love world building and plot building with that as an added element.
• I’m open to ERP!
• I have a full time job where I can’t have my phone so I’m sometimes absent during the day. Though I do try and respond on breaks, slow time, etc. And I don’t play everyday, so it is a better way for me to communicate
• I mainly do RPing over discord since I'm more available there, but also because I'm still new to in game RPing. My ID is YaoiHands69#1321
• If we RP in game I really prefer to do it in party. People seeing my replies makes me nervous and I also have a very unfortunate habit of misclicking names 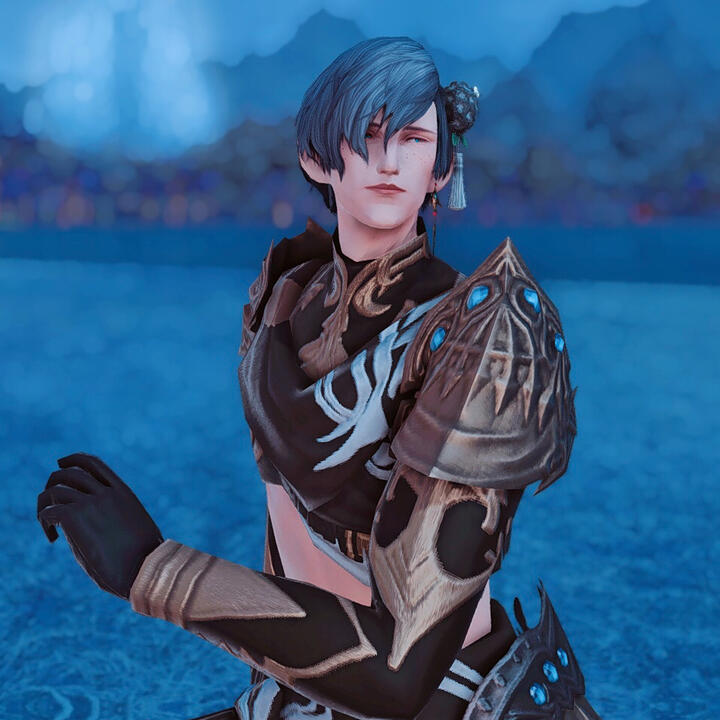